What is the connection between pain and Root Canal Treatment?​ 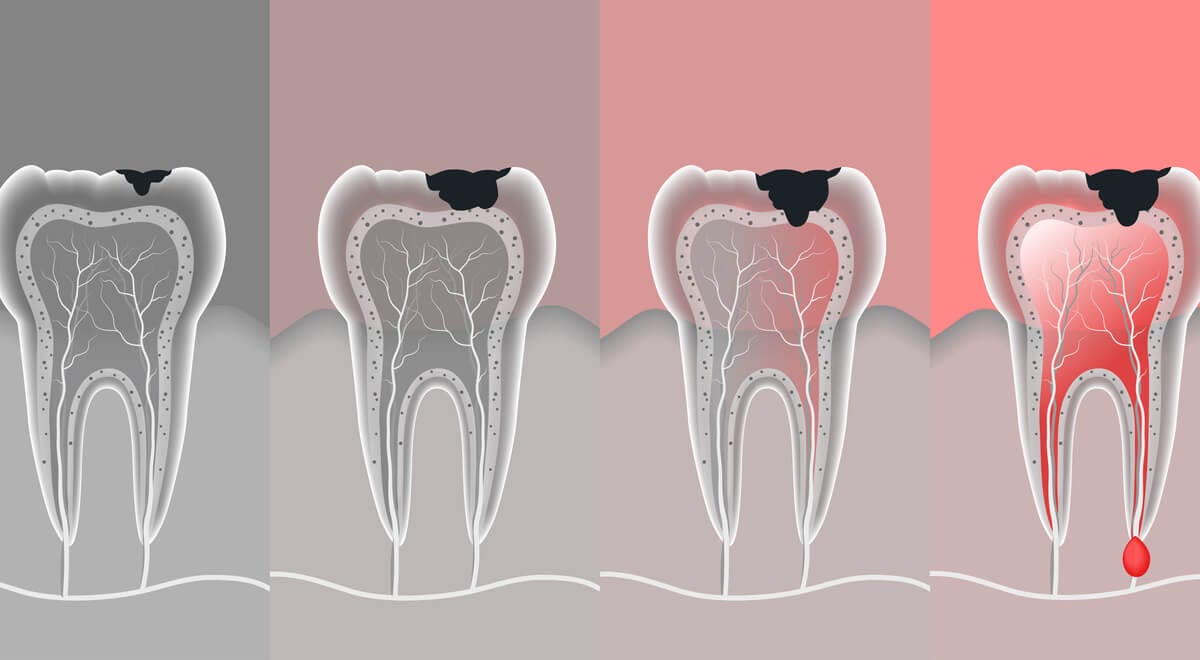 Pain during and after root canal treatment.

Similar to the myth that root canals can cause systemic illness, the widely held public belief that root canals are painful is based on outdated, anecdotal information. In decades past, it was possible that root canal treatment could present the possibility of discomfort or pain. This is due to the fact that infected teeth are more difficult to anesthetize. Without complete anesthesia, root canals years ago may have been more difficult on patients than they are today,

Modern anesthetics and the array of advanced delivery methods make it easier than ever to ensure complete, profound anesthesia of abscessed teeth, meaning essentially all root canal procedures are completed with no pain.

Some people may not have difficulty as far as tooth discomfort goes, but may find that their jaw becomes sore in response to being open for an uncommon amount of time while treatment is performed. There are several devices that can be used to comfortable prop the mouth open and allow the jaw muscles to relax. There is an answer for truly every possible unpleasant aspect of root canal treatment.

Will a Root Canal Hurt Afterward?

Although root canal procedures typically come with no pain either during or after the procedure, there are some instances in which mild discomfort may be felt in the days following root canal treatment. There are several mechanisms that can cause mild, lingering discomfort after having a root canal.

Perhaps the most common one is inflammation of the ligaments that hold the tooth in the socket. An abscessed tooth is under tremendous assault from bacteria and inflammation. Once the pulp is removed, the source of inflammation and bacteria is gone and can no longer produce pain. However, the tiny ligaments on the outside of a tooth’s roots may remain inflamed or sore for several days or a week afterward. This often results in discomfort when chewing. This type of post-operative discomfort usually subsides on its own without the need for further treatment. Your doctor may recommend a regular does of over-the-counter medications such as ibuprofen or acetaminophen.

Another very common cause of a sore tooth following root canal procedure has to do with the material used to fill the access hole that was created. When the root canal is completed, everything is ready to go except for the fact that there is still a large hole that was used to access the pulp. Endodontists typically fill this hole with one of several temporary materials, as the final restorative option will usually be made at a later date with a general dentist. Sometimes, the filling material that is placed by the endodontist is left a little too “high.” In other words, an over-use of filling material may cause that tooth to be higher than the surrounding teeth, causing the opposing teeth to hit it too hard when biting down. This process alone is enough to cause moderate discomfort, but when added to the fact that the tooth’s ligaments may still be sore, it is easy to see how a high filling can cause definite discomfort following treatment.

Finally, although not very common, there is another occurrence that leads to post-operative pain. In a very few cases, the nerve that leads to the tooth still has painful symptoms and behaves as if it were still inflamed. Even though the infected part of the nerve has been removed, the larger trunk of the nerve that runs through the jaw may still be agitated. This “phantom pain” is perplexing both to patients and doctors alike, but luckily it is exceedingly rare.

In short, root canal treatment almost always results in immediate relief from pain, but there are select instances in which post-operative discomfort may be present. The good news is that none of them can compare to the pain that the root canal treated, and each postoperative symptom is typically fleeting and easily managed with over-the-counter medications.

ARE YOU READY FOR SOMETHING NEW?